CHANGE MY MIND: Tomato Soup, Vincent Van Gogh, and You

Ah! Late stage capitalism, wherein the wealthy carry on wealthing, desperately trying to trick the not-wealthy into believing that more tax cuts and prosperity at the top will trickle down into a safe, secure, prosperous future for all, while angst-riddled young people throw food at famous works of art in the name of climate justice so that even middle-class Democrats, who recycle and take public transportation when convenient, gasp and fret that there are better ways to make their point.

But are there? What IS their point? What are the stakes, exactly?

On the one hand, it’s tempting to point out all the ways in which what they are doing is Wrong. Masterpieces of art are usually considered exempt from wars of all kinds—cultural, social or actual—to the extent that countries will make treaties and agreements not to bomb each other’s sacred places and the important works of religious art inside. We are rightly appalled by acts of destruction against art or treasures of historical importance, particularly when perpetuated for political, ideological, or propagandistic reasons (think the Nazi’s Degenerate Art Exhibition of 1937, or the destruction of the Buddhas of Bamiyan statues in 2001.)

There’s also the idea that, of all people, creatives are the “good guys”—artists labor for years, decades sometimes, often realizing little to no economic enrichment for their efforts, and certainly pulling no strings of power—the most famous example in Western European art being, of course, Vincent Van Gogh. It seems an especial affront that this creative genius, driven mad by his demons and failures, ultimately dying by his own hand in destitution, should be selected for a political hit job aimed at shocking the complacent middle into collective action for a seemingly unrelated existential threat: climate change.

And there is the crux of the matter: EXISTENTIAL THREAT.

Because whose existence is actually threatened by climate change? We are not talking about the vast majority of “First World” citizens, dutifully paying taxes, and voting their consciences within a social contract which will continue to funnel the fruits of more ruthless ancestors’ entitlement along the well-worn channels to which we are accustomed.

We are talking about the millions or billions of people who live in underdeveloped places, with limited infrastructure and resources, often struggling still from the historic effects of colonialism and slavery. You might be shocked to discover that many of those people are not on other continents, but live and suffer from poverty and public health crises right in your own backyard, literally: under freeway overpasses, and in urban parks, or in economically depressed neighborhoods and cities like Flint, Michigan, or Oakland, California. 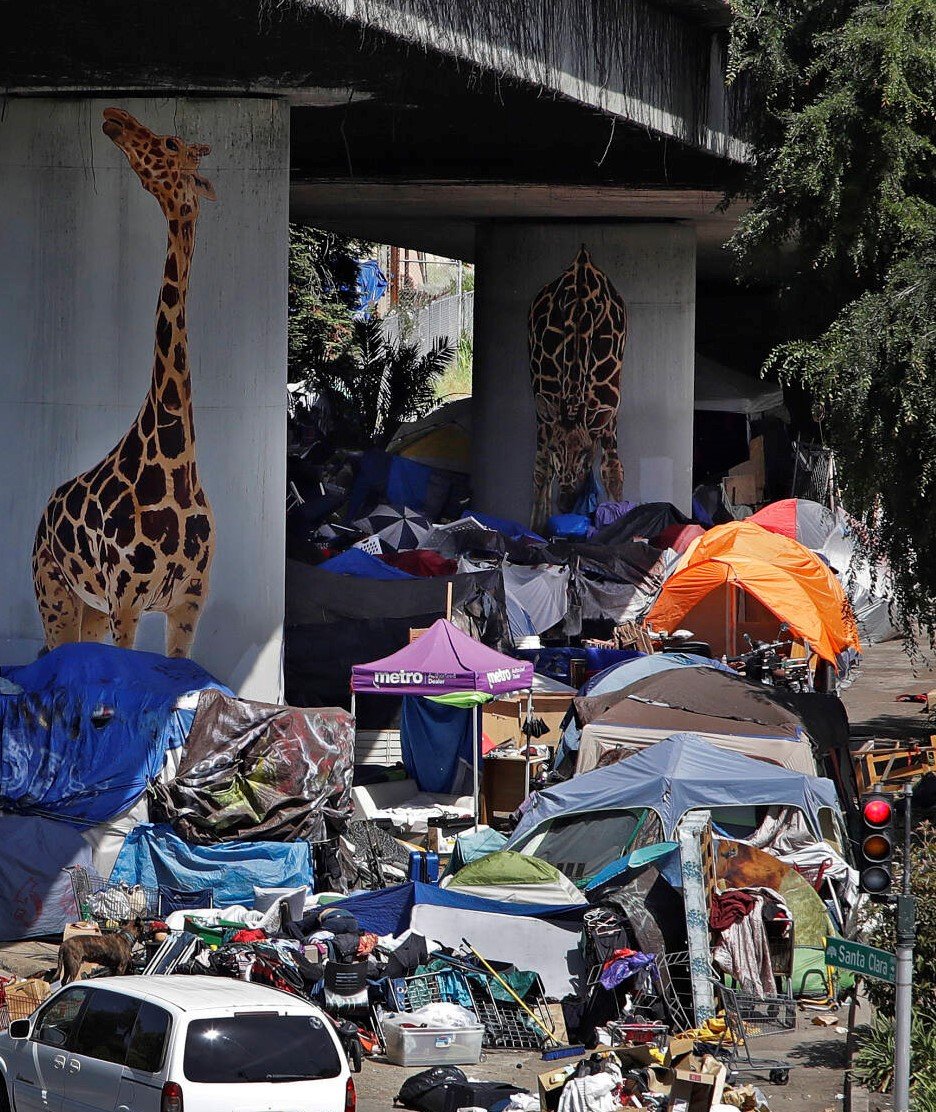 It might also come as a surprise to discover that people who feel existentially threatened by political, social and economic forces, generations in the making, don’t really care whether your sensibilities about nice-to-haves like thriving art scenes and rich cultural offerings are shocked. In fact, when it comes to SURVIVAL, some of those people might even be willing to, I don’t know, go to WAR or even KILL someone, maybe someone just like you, in order to save themselves or their loved ones.

With all that in mind, I submit that the existential threat faced by anyone on Earth, desperate enough, is an existential threat for all of us. Some peoples’ world is already burning, and while we carry on with our aspirational livelihoods, including writing debut novels, but also trading in daubs of paint on canvas for sometimes hundreds of millions of dollars which could be used to solve real-world problems, real people are already dying due to climate change and other threats we spend less time tsk-tsking than a splash of tomato soup which causes no real damage to the sacred idol.

Many creatives, perhaps Vincent himself, would tell you that the process of creating is an attempt to commune with the spiritual force which animates our world and our lives; it’s an important human activity, and yes, the products of those efforts are also important records of the process, but it’s the Making that interests most artists, the communion not the by-product.

No less or different than the creative act, bringing awareness to climate change is a wish to honor that same spiritual force in its highest expression: life in all its forms and particulars, and especially the cradle of our very existence, planet Earth. For that reason, I do not condemn their actions, in fact, I might be tempted to say: Pardon me, yon ecoterrorist—your slop missed a spot.

A decade ago, I remember reading a statement from a parent of one of the children killed at Sandy Hook Elementary School. I don’t even remember exactly what they said, but I remember that the grief they conveyed about the loss of their child in that unimaginably horrific event, in the face of forces intent on mocking, minimizing and denying their pain and the problem of gun violence, affected me deeply, and I said at the time, “If that was my kid, I would burn down the world.”

Why wait until the world is already burning?

climate change existential threat all world problem
The Secret FAQs
Letters to Humanity
WATRSPOUT: The Birth of a Novel