I don't remember where I read it but content is the new product. (There was a club in San Francisco circa 1993 called Product run by Ggreg Taylor - we've come full circle - but that's another story. Consider this pic *BONUS* material - a shot of Ggreg at Burning Man, 1995, bless his heart.) 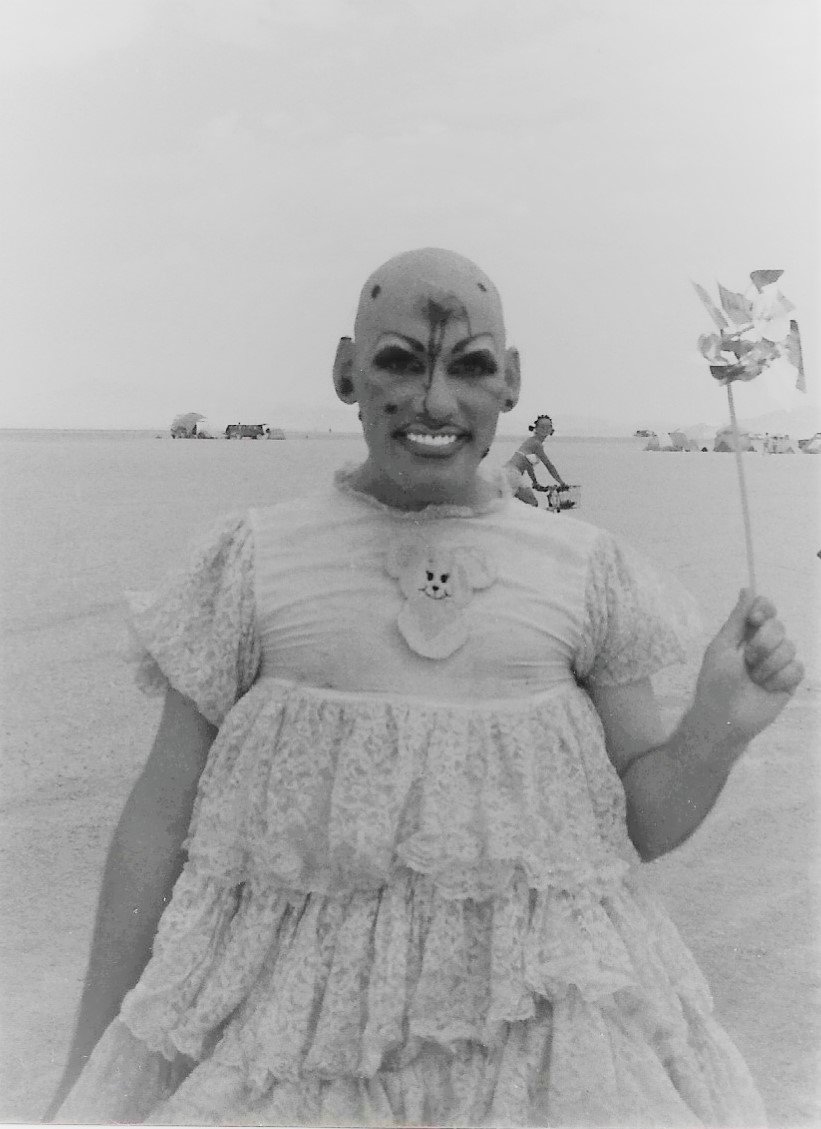 (Why does Kimberly "Gagging to be a Trump" Guilfoyle spring to mind?)

Anyways. With a single finished novel, virtually no other writing besides many tens of thousands of pages (at least) in my journals from 1986 to present, and an author's PLATFORM with CONTENT and a BRAND to develop and impress upon readers, agents, and sundry other publishing professionals, I stumbled upon the whole autofiction MacGuffin with Hervé Guibert's To the Friend Who Did Not Save My Life, itself a bit of a red herring because I had meant to buy The Works of Guillaume Dustan on the recommendation of an article by Jack Skelley I found on Twitter, which just mentioned the first in passing.

Nevertheless, I read my Hervélino's effort twice through, captivated by his flashes of bitchy humor, the bleakness of the early AIDS crisis, the 100 deliciously short chapters, sometimes just a paragraph, and thought: "This is the genre for me!" Of course, now I'm desperate to read all the greats of autofiction, especially I Love Dick by Chris Kraus, because, well...

Here's another bit of inspiration for my Letters: Gene Wolfe's Peace, which mentions one of its character's leaving after his death a letter to every single person he ever met (I think that's right - I was baffled by the novel on my first go, but will probably make another attempt now.) Excessive for my purposes, but not uninstructive for my current needs and unique but delightful blend of anxiety, obsession, and shame.

What if, I wondered, I wrote a letter to 100 different people from my past? They could be short, just a page. I could make it one of those 100 Day projects everyone is doing, why not? I could serialize it, even, self-publish them one at a time, on Wattpad, or Kindle Vella, or Radish, who knows? Nice little morsels, and in the process, perhaps work through some of those nasty little resentments proven toxic by the urgent clarity of recent events? Take some inventory, gain some serenity. Genius! A whole flock of birds with 100 stones.