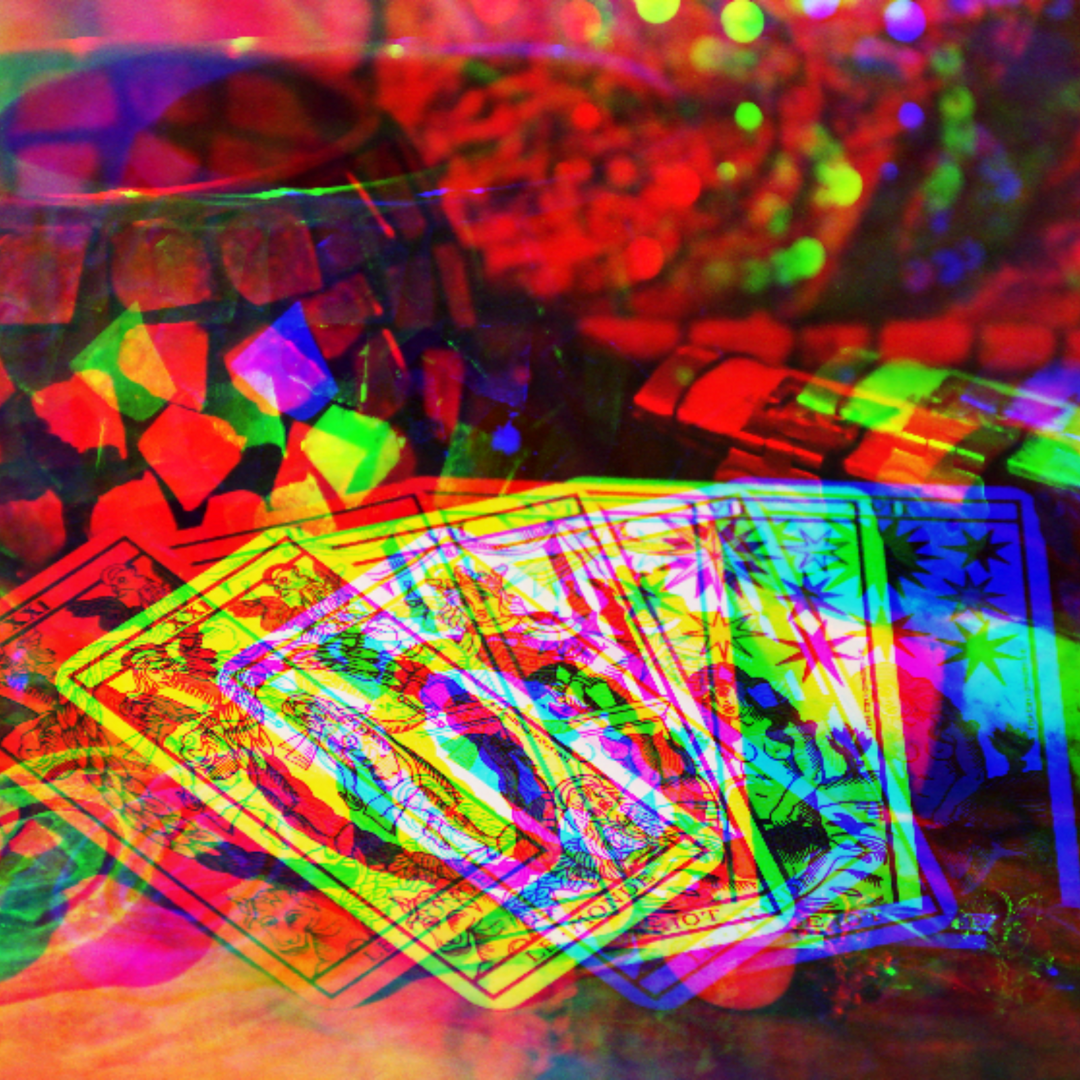 The fortune teller clucked and coughed and muttered over the cards, stirring them where they fell rather than laying them in rows, as though she wished for them to follow some trail of her own devising rather than read what they might have to say.

“No, no, no,” she continued, and Neila thought she might scream.

But then she dismissed it all, “no, no,” as if in reply to Neila’s growing alarm, without ever looking at Neila, no, never taking her gaze from the cards nor ceasing her constant shuffle and stir.

Neila was calmed—of course the Great Fontana would never deliver bad news so offhandedly; of course she sensed her charge’s every mood, mild or wracked, as clearly as the scents of the incense curling round the velvet table, or the fair's wafting buzz through beaded curtains standing sentinel to her betasseled tent.

At last Fontana ceased her pattern-building, inhaled deeply and sighed, guttering, almost extinguishing the single candle burning in the sultry gloom.  Smoke scattered and cleared between them, and Neila felt lighter, reassured, as Fontana smiled reassuringly and reached for the inlaid ivory box at hand, the antidote perhaps to the misadventure perceived, but no, merely a cigarette, hand-rolled, which she lit from the sputtering candle, but no, not tobacco, some other herb she picked now daintily from her tongue, and leaning forward with both elbows on the table, her eyes glittered at Neila.